Time to put down my keyboard and gaming for a week and pull out- once again- my long lost history major and go have a look at one of Portugal’s most famous castles. While I’m at it let’s talk a bit about Stronghold- The Best Medieval Strategy game ever made (Sorry Total War, not this time).

In 1060, to fullfil the need to defend the Tejo another castle was built in what became know as the “River Line”. This is the Castle of Tomar. The walls of the Castle have near a millenium of history and witnessed some of the most obscure moments in medieval politics. Thing is, this Castle was built by Gualdim Pais under the banner of Templar Order. After the Templar Order was disbanded by the Pope in 1312 the remaining templars fled to Portugal where D. Dinis renamed the Templars into the Order of Christ, making the castle it’s official Headquarters and safe haven for runaways.

The castle is situated atop a hill that oversees the whole valley, the river crossings of Nabão and the town of Tomar. It is composed by 1 to 2 meters thick walls and peppered with outwards facing towers. Two rows of walls split the inner circles into 3 spaces and at the highest point stood the main keep.

One just can’t help but draw comparisons to the 2001 greatest medieval hit, Stronghold. 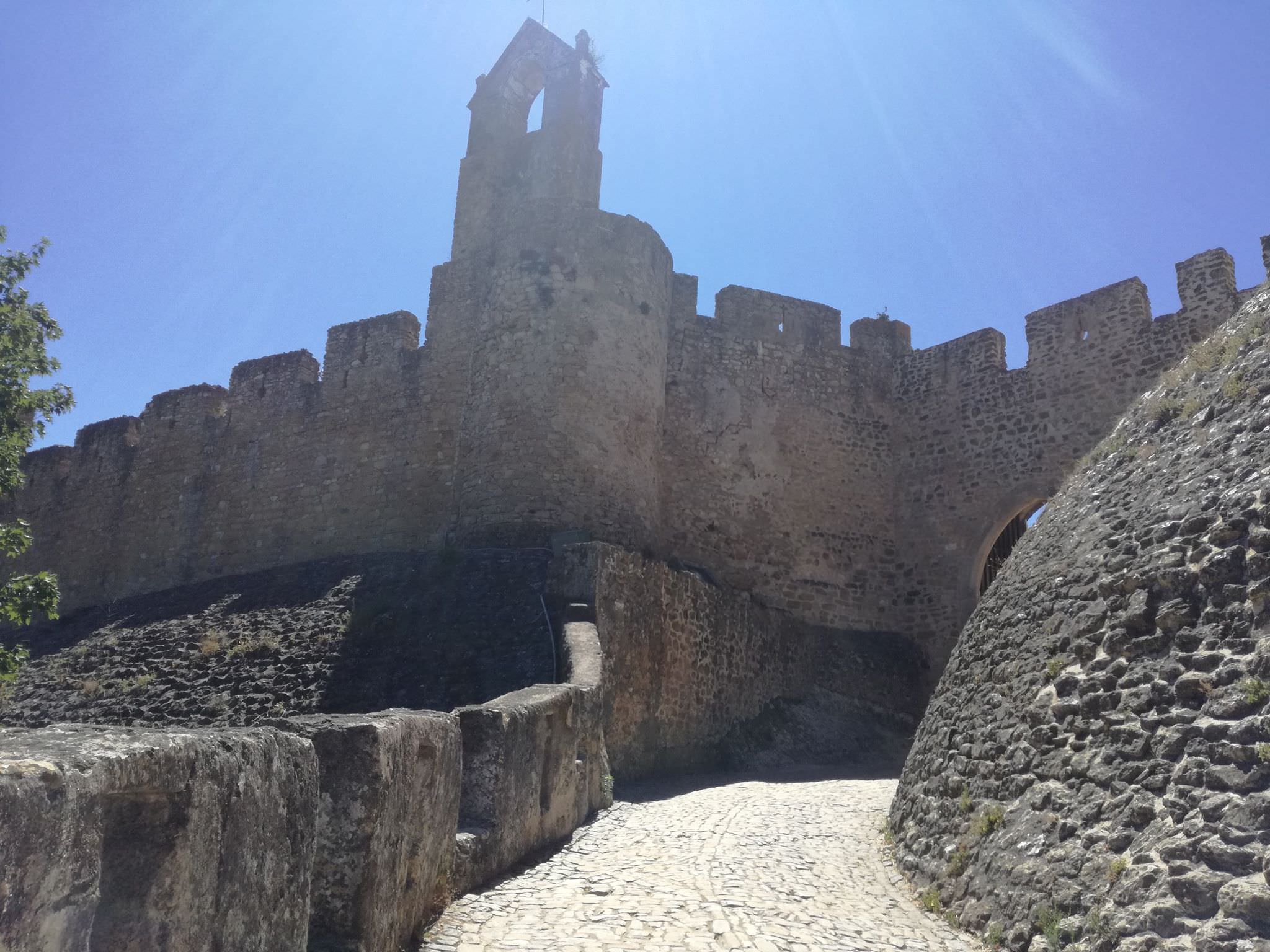 This is the main entrance to the castle. Atop the hill, this inner road was only acessible after taking out the main gate. Now it’s digital counterpart. 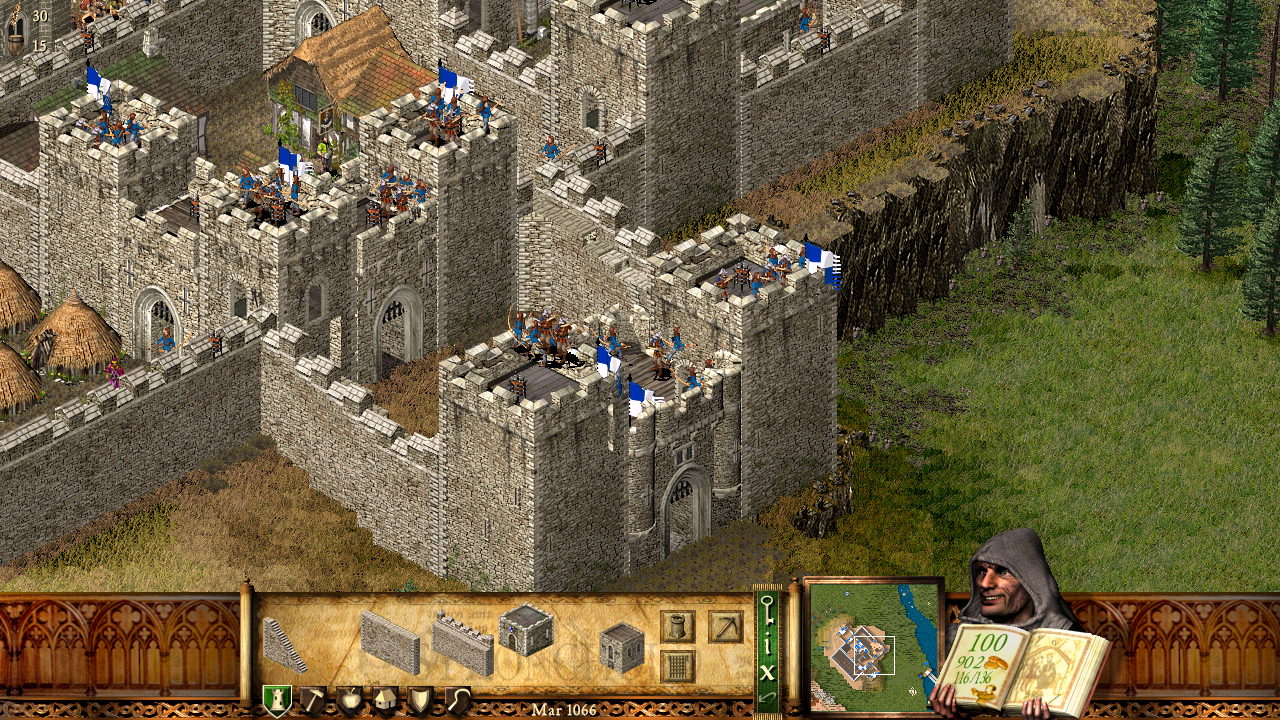 Now the walls with the turrets. I guess round towers were not a thing in the first edition of Stronghold but they made it into Crusader. 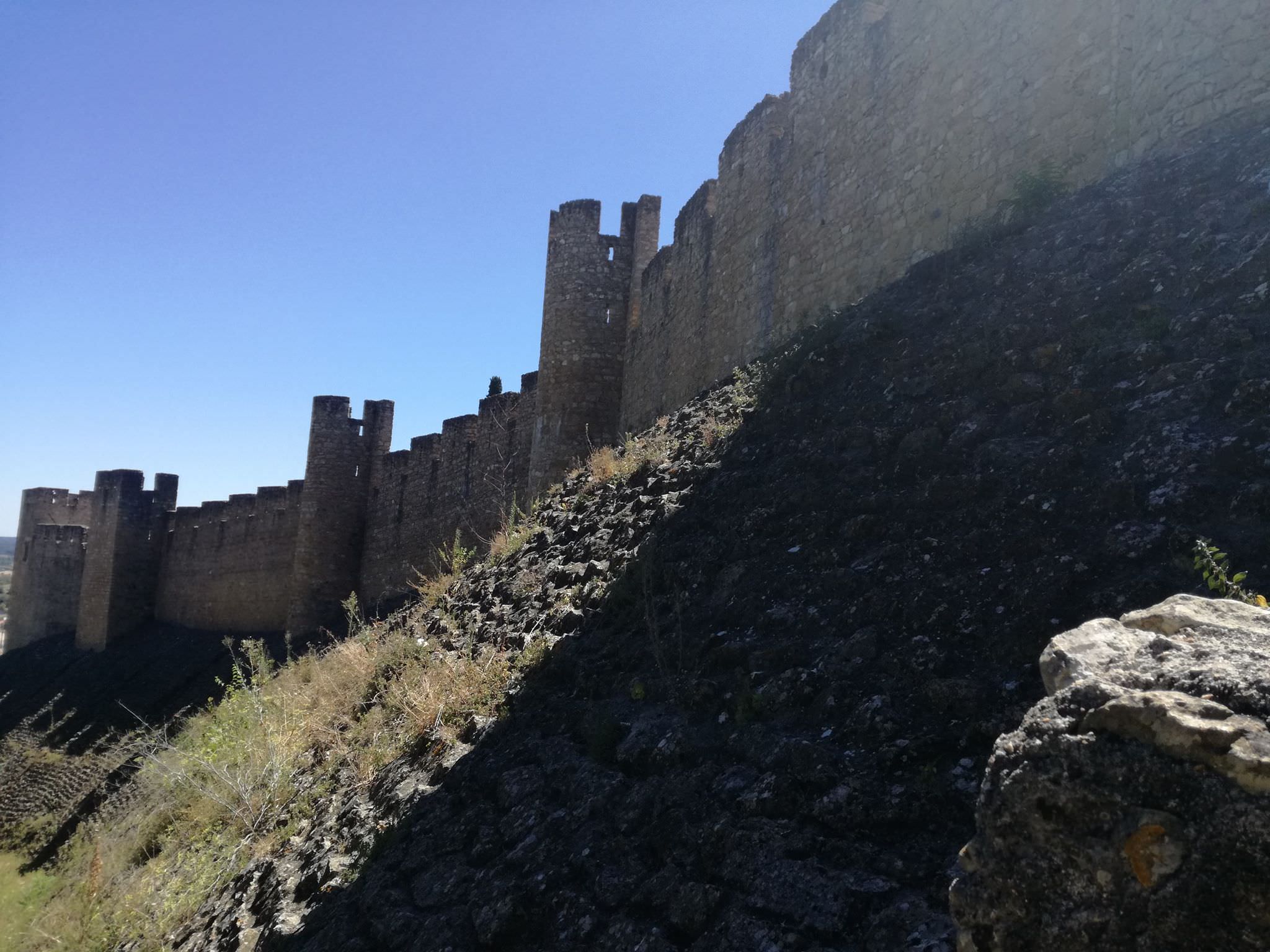 It’s digital counterpart is also pretty accurate. Even tho the bottom of the wall in the real picture is actually man made. These massive protruding stones were used to prevent siege towers and ladders from being able to reach the walls. In Stronghold the only way for you to be able to do this was to use natural terrain features. 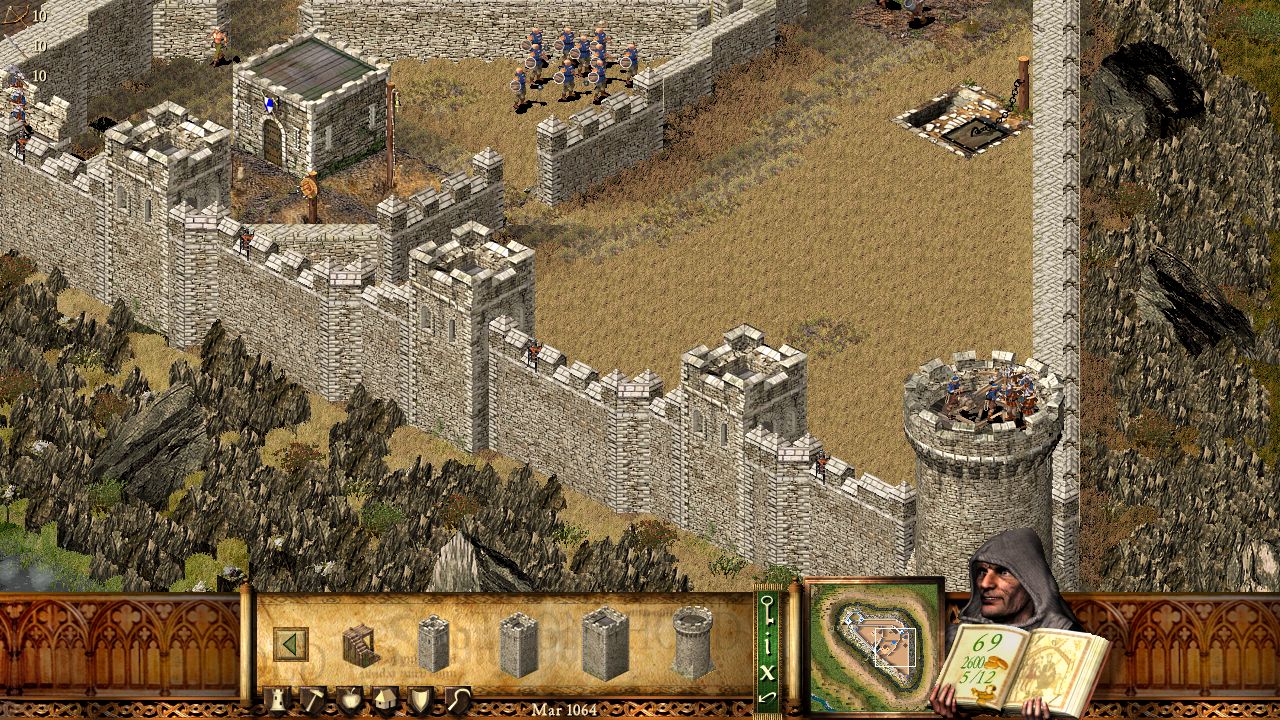 Having to climb this with heavy armor at the same time that people on top of the walls wanted to kill you must have been quite a daunting task. 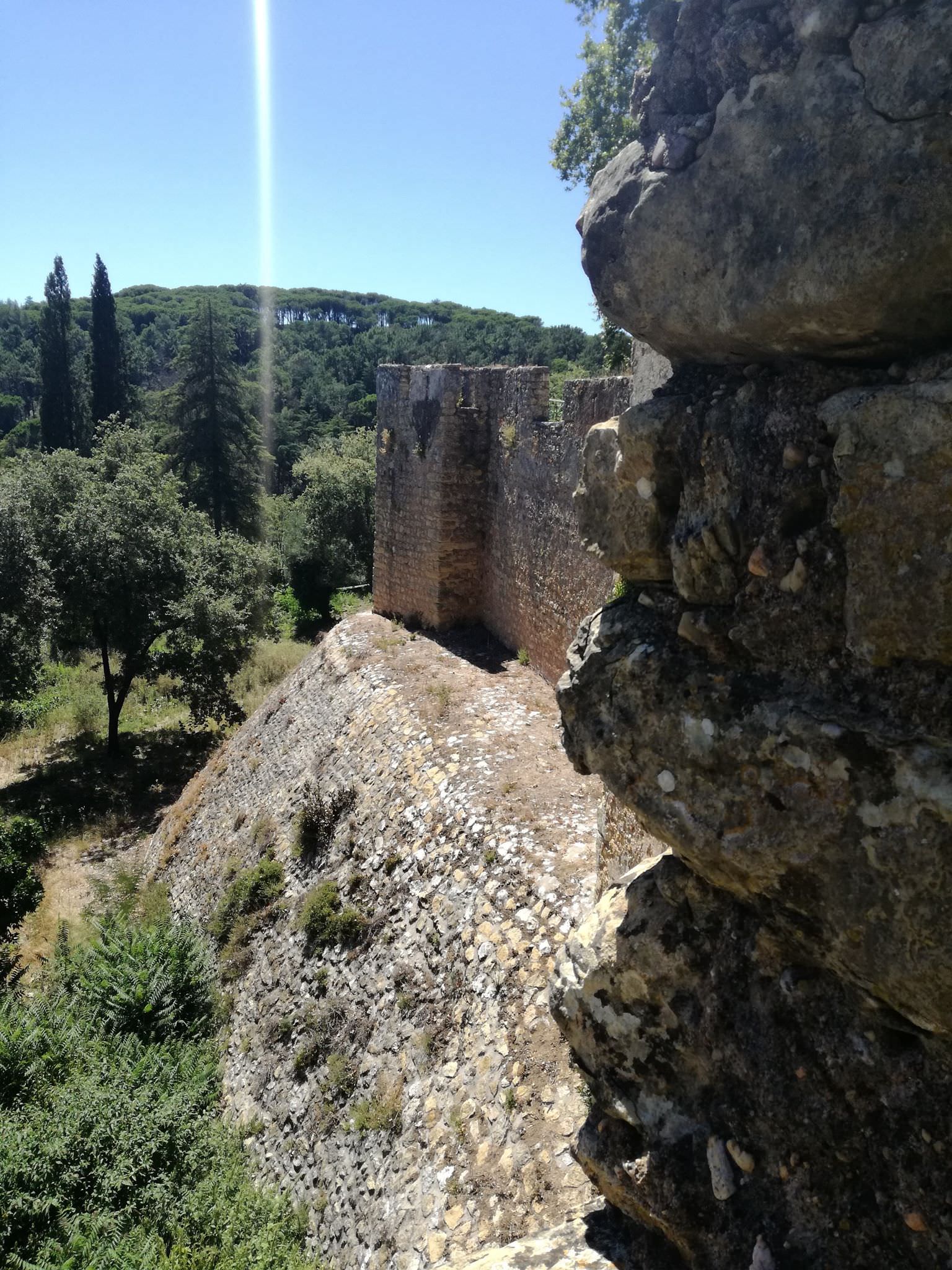 Not that it stopped the moorish hordes from ever achieving it as they actually breached one of the gates a couple of decades later. 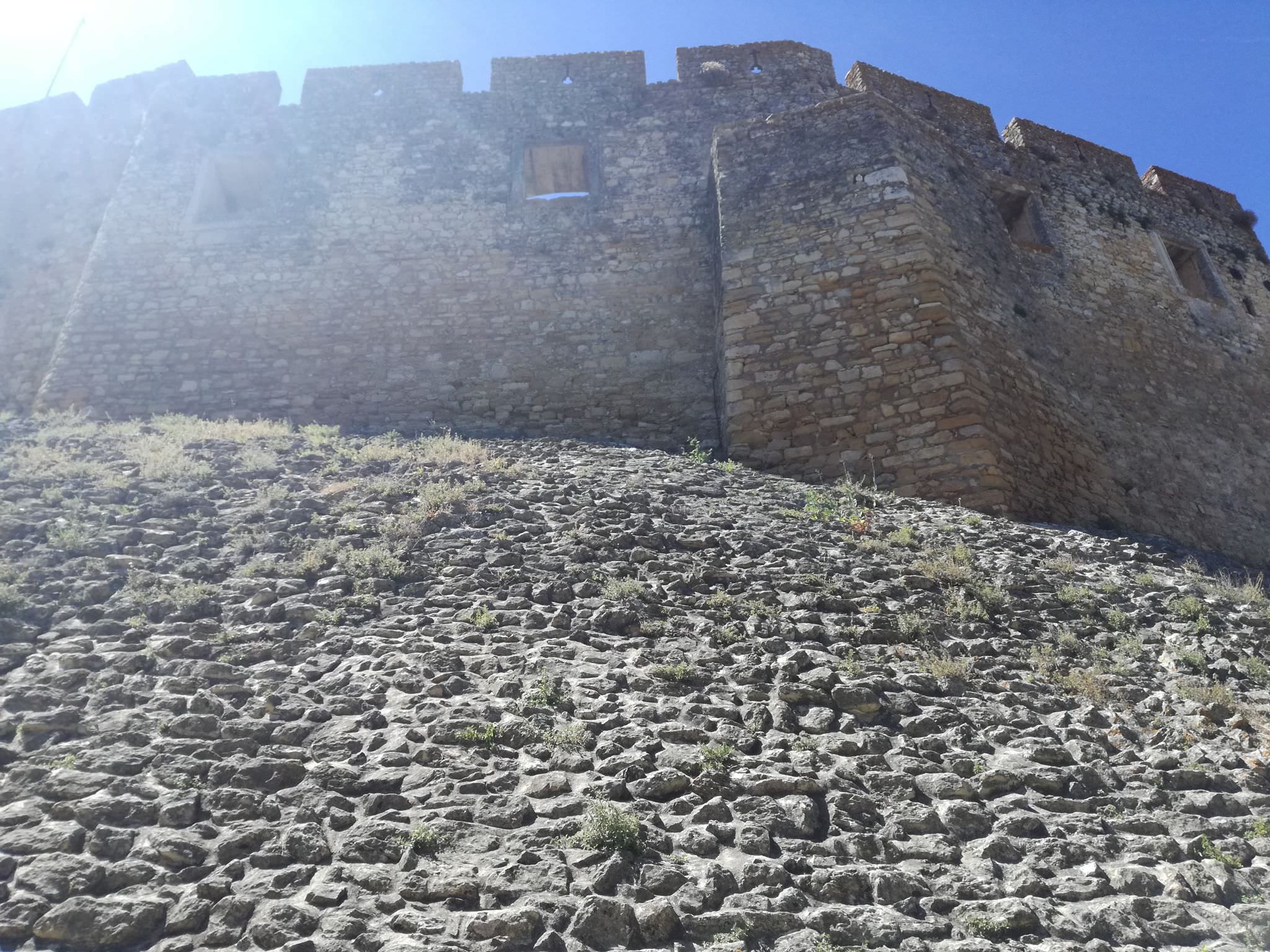 Named “Porta Almedina”, it was actually a direct entrance to the populated side of the castle. After the troops of Al-Mansur tried to conquer the castle by breaking into that side of the wall, the templars made a stand and after the battle it was renamed to “Bloody Door”. 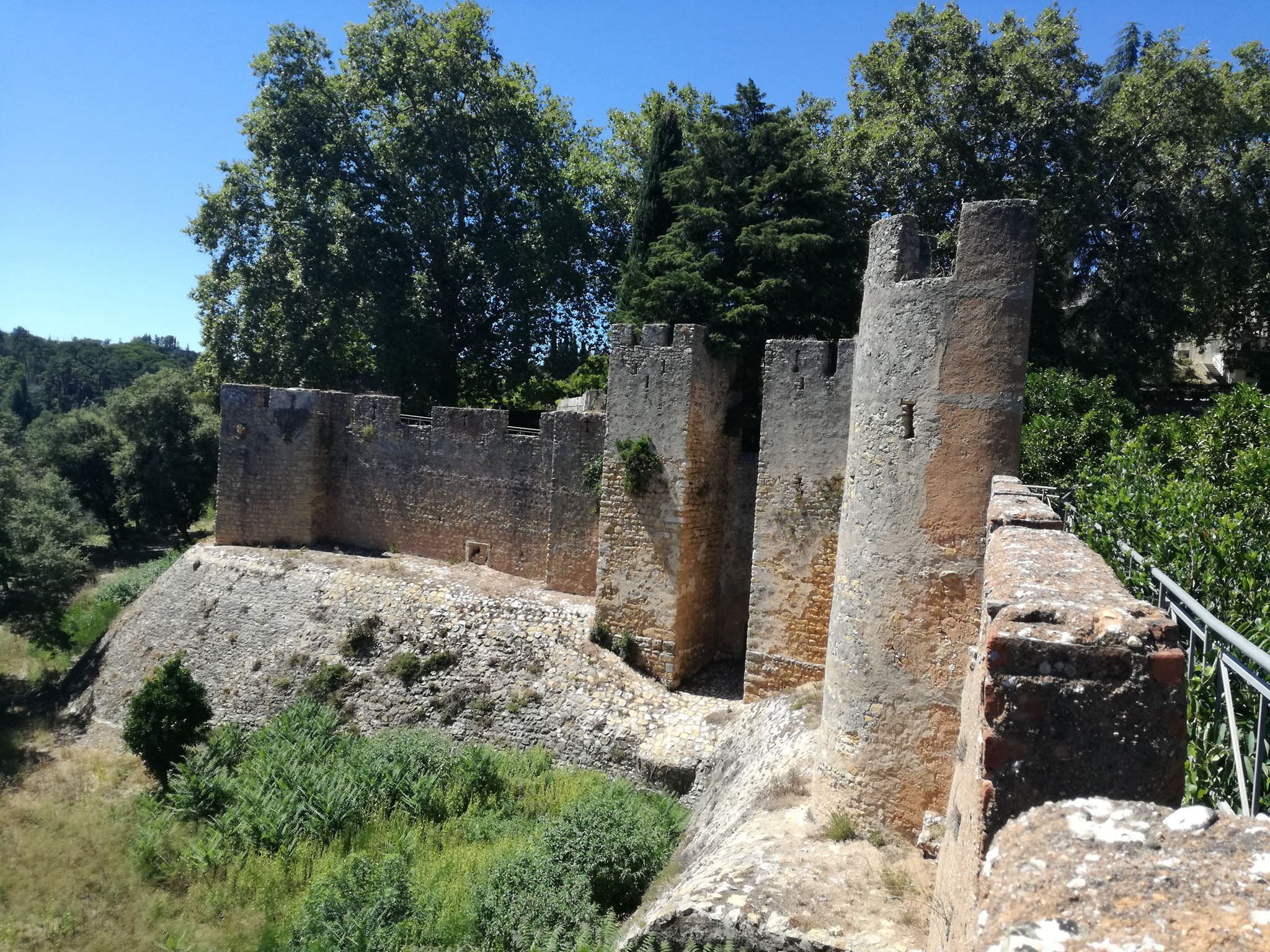 Even if you managed to breach the door you this is what you would see: 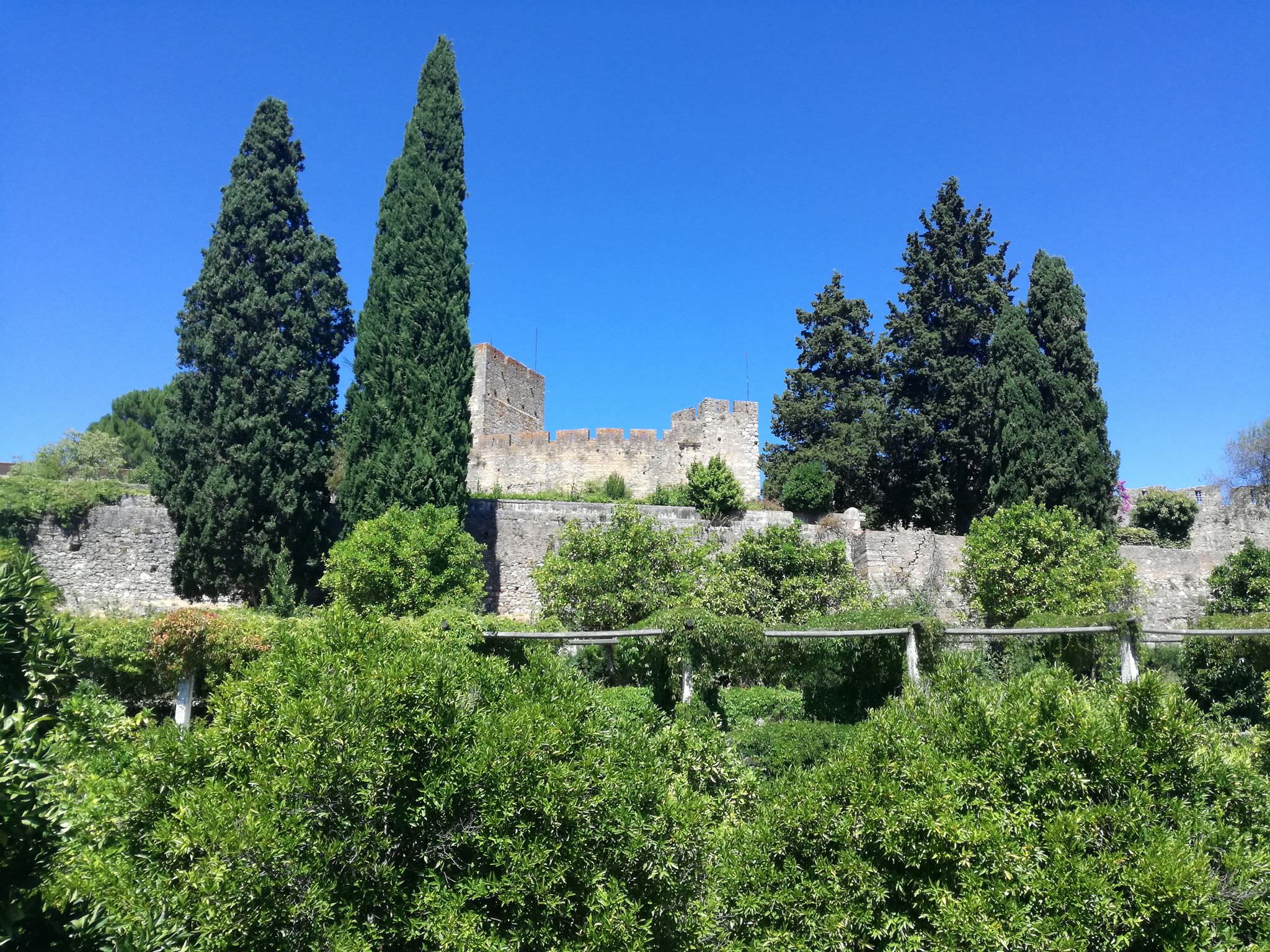 You would be met with another row of obstacles. A fighting up the hill and another wall waiting. By now no siege equipment could pass through, so enemy troops would need to storm the walls by using ladders. 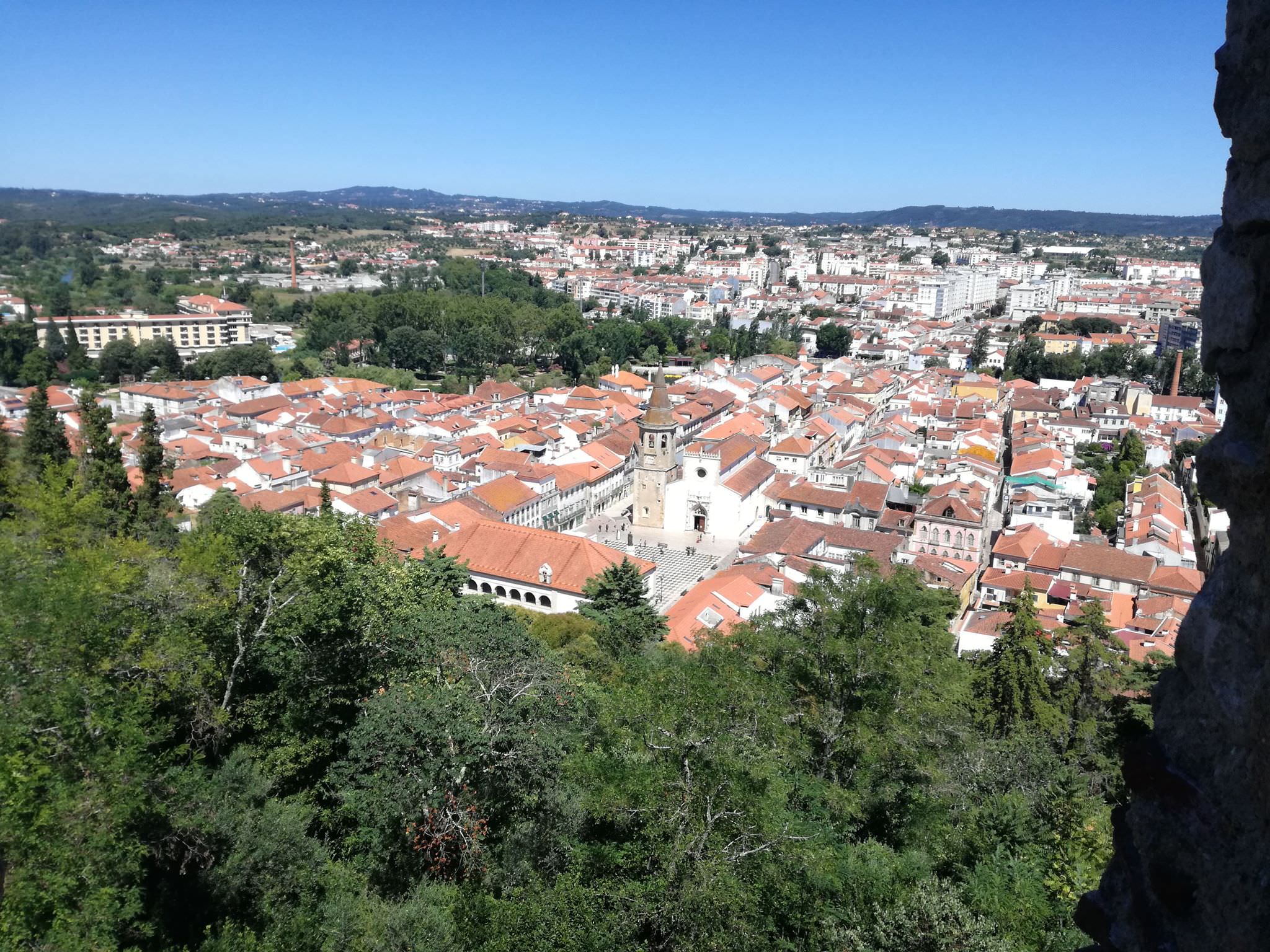 While I love Stronghold, even after 17 years it remains the most faithful recreation of a medieval CastleSim but it fails to recreate the impressive scale and strategic importance that a castle had. Please make a decent Stronghold again, Firefly?

Besides, i’m pretty sure the “Knights” in Stronghold Crusader are Templars.