I’m so late for this 6th of June party you could mistake me for a Panzer Division! But it so happens my Higgins broke, water got into my M1 Garand and my cat started playing with a naval mine. Due to that, my participation in the invasion had to be postponed! Still, here it goes!
Medal of Honour Allied Assault
The granddaddy of all videogame landing beachery! Drawing direct inspiration from 1997 Spielberg movie “Saving Private Ryan”, for the first time in history we were able to return to the boots of those unlucky soldiers who embarked upon the great crusade. The tumultuous sea, the deadly wishes of incoming shells and the anticipation of that big Higgins shield to fall and unleash flesh into bullets are burrowed into players memory until this very day. More cinematic than challenging, you will never forget the first time that ramp splashed the water and your fellow soldiers tainted the sea red. 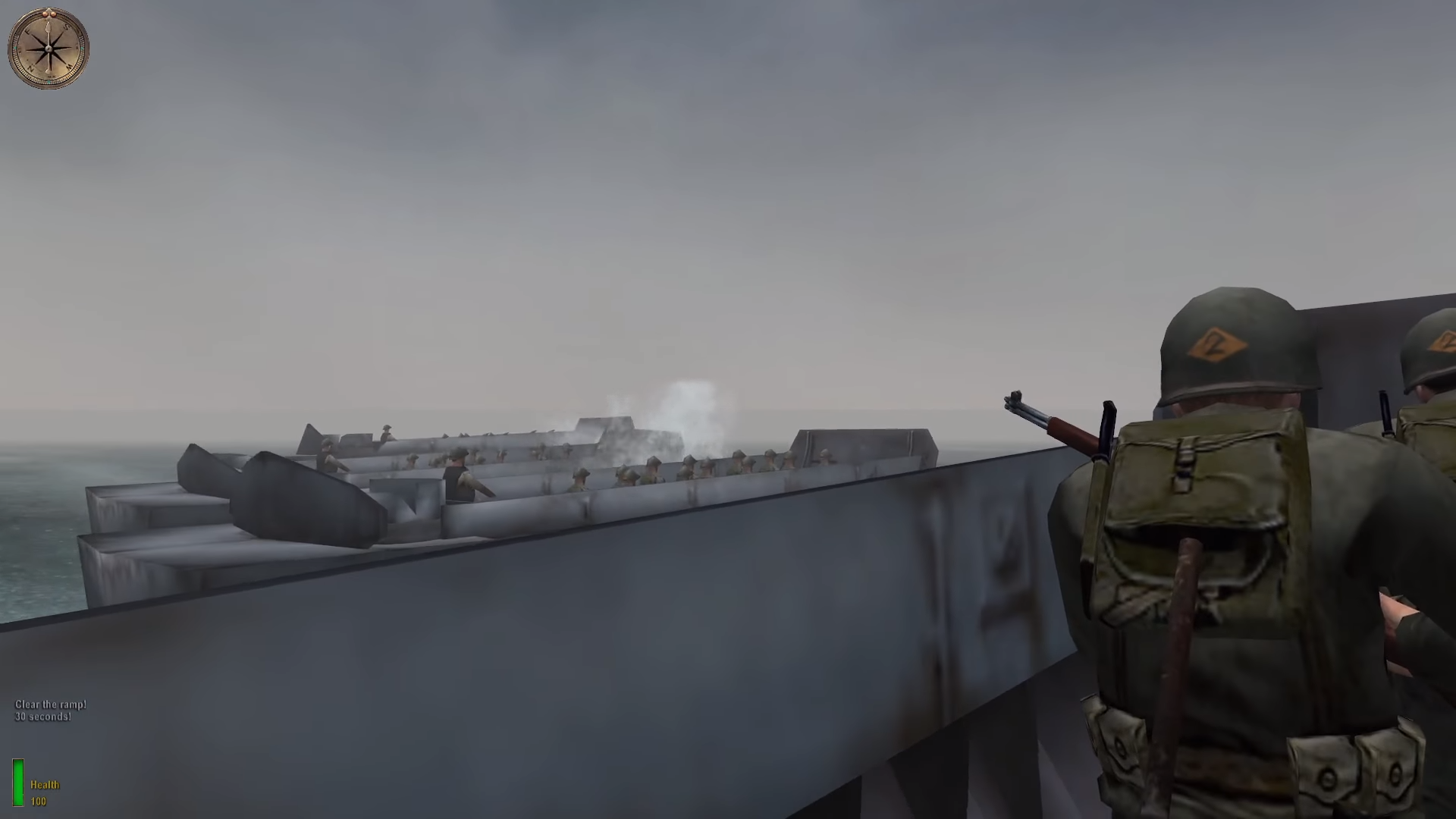 Commandos: Behind Enemy Lines
Rather than a full-frontal assault, the special forces team took the coasty shore of Normandy a couple of years earlier than MoH, and their mission was so successfully sneaky that nobody remembers it happened. You are tasked with destroying 4 naval guns. While clumsy by today’s standards, playing Commandos today still feels a blast from the past.
Call of Duty 2
This second iteration of CoD had you going up a cliff at Point-du-Hoc just to find out the fight and the fun you were looking for were somewhere else. Just like every Call of Duty game nowadays. In all seriousness, it’s intense and cinematic and it portrays the landings in a different scenario than most games do.
Battlefield 1942
The FPS wonder of the 2000s multiplayer scene. Being poor at the time and having no internet, I quickly got myself acquainted to my bazooka enthusiasts mates (or bots). I Would like to send a shout out to Josef Fuchs, Clive Young, Nick Parker and Udo Mayer. For the 1st time I was excited at the ability to play the game from the German side of this infamous day. Too bad these expectations were cut short when, instead of a massive wave of allied troops stomping those sandy shores you could see from afar our favourite bot Clive Young driving a Higgins boat in circles, all alone, on it’s way to the beaches. Ah! The lost wonders of playing with bots.
Company of Heroes 1
The RTS version of Hollywood war movies starts of (no surprise incoming) with? The D-Day landings but of course! Once ashore, you are tasked with charging your men forward to the shingle, the usual bangalore-galore begins, the shingle goes up and you go whack some Germans. For such a great tactical RTS the landings feel quite unimpressive. Probably a testament that charging forward is not the best indicative of complex tactics. 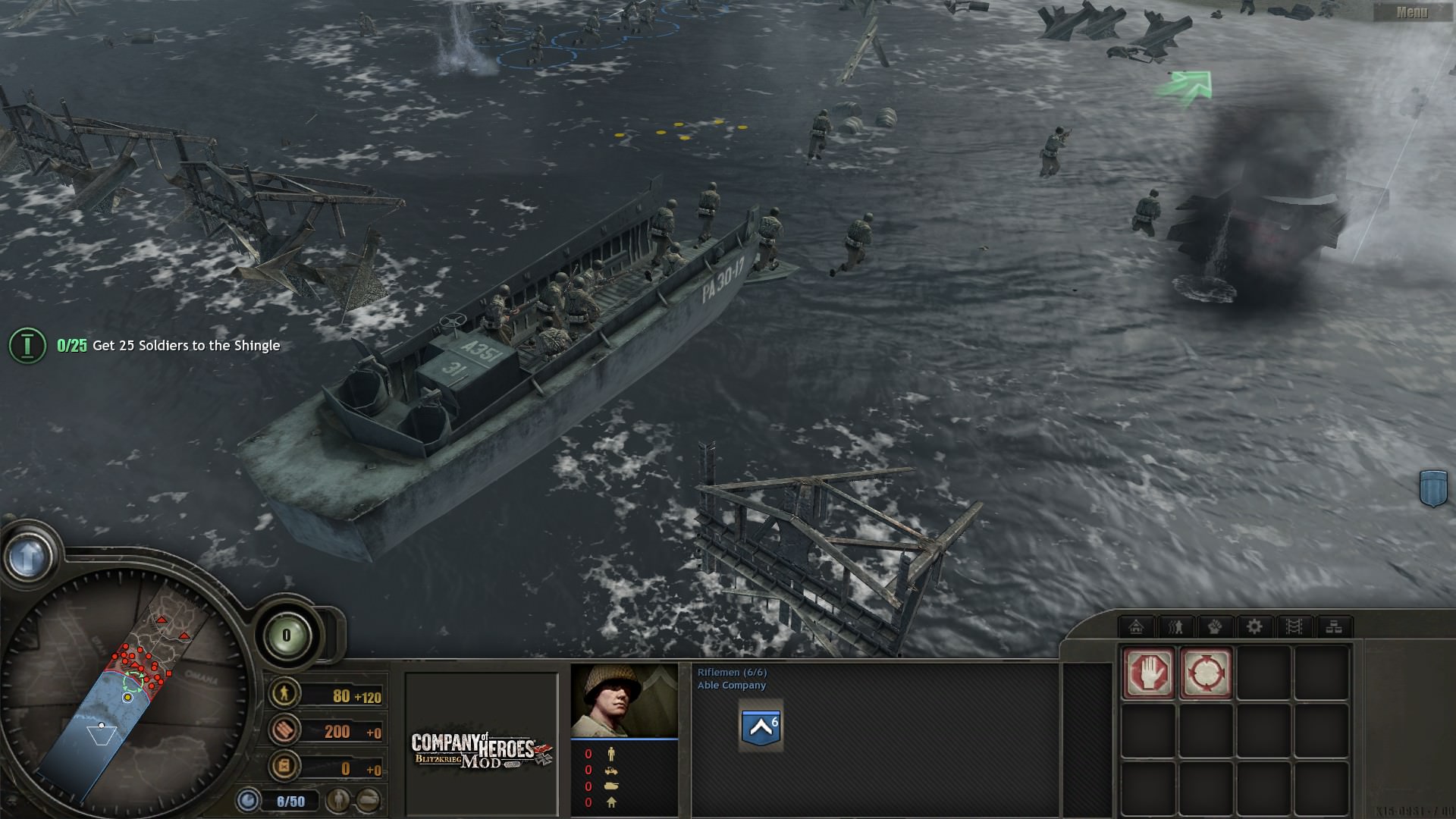 Blazing Angles (PS3)
You what? PS3 games? HOW DARE YOU? Shut your grog trap! A franchise that flew (ahhh!) mostly under the radar after a somewhat successful launch, BA has you defending the landing zones from above as you shoot down German metal seagulls named Stuka, Messer and Schmit.
While more generic than a 90’s teen movie flick, it deserves a sport on this list on the merits of its boring yet different effort to portray the D-Day landings from above.
Hearts of Iron IV– No, you haven’t read that wrong, and not, there’s no scenario for it. While your deep fascist impulses will most likely have you enaction Operation Sealion instead of building the Atlantic Wall, D-Day happens a lot in HoI, sometimes as early as the AI decides it wants to randomly throw divisions at your ports. While I personally never did a D-Day myself, I’ve been the unsuspecting victim of it as Italy, Germany, Portugal, heck, even as Russia and as the NCR in the Fallout mod!
You can check out other games such as the new Blitzkrieg 3 and SuddenStrike 4, despite them not being very good at being videogames, but at least they try. On the more competent side you have Men of War: Assault Squad 2 capture the flag and push inland landings. While interesting it fails to impress. An interesting take is the tactical turn-based delicacy for babygrogs, Battle Academy 1 or it’s more grown-up version of Close Combat 5. 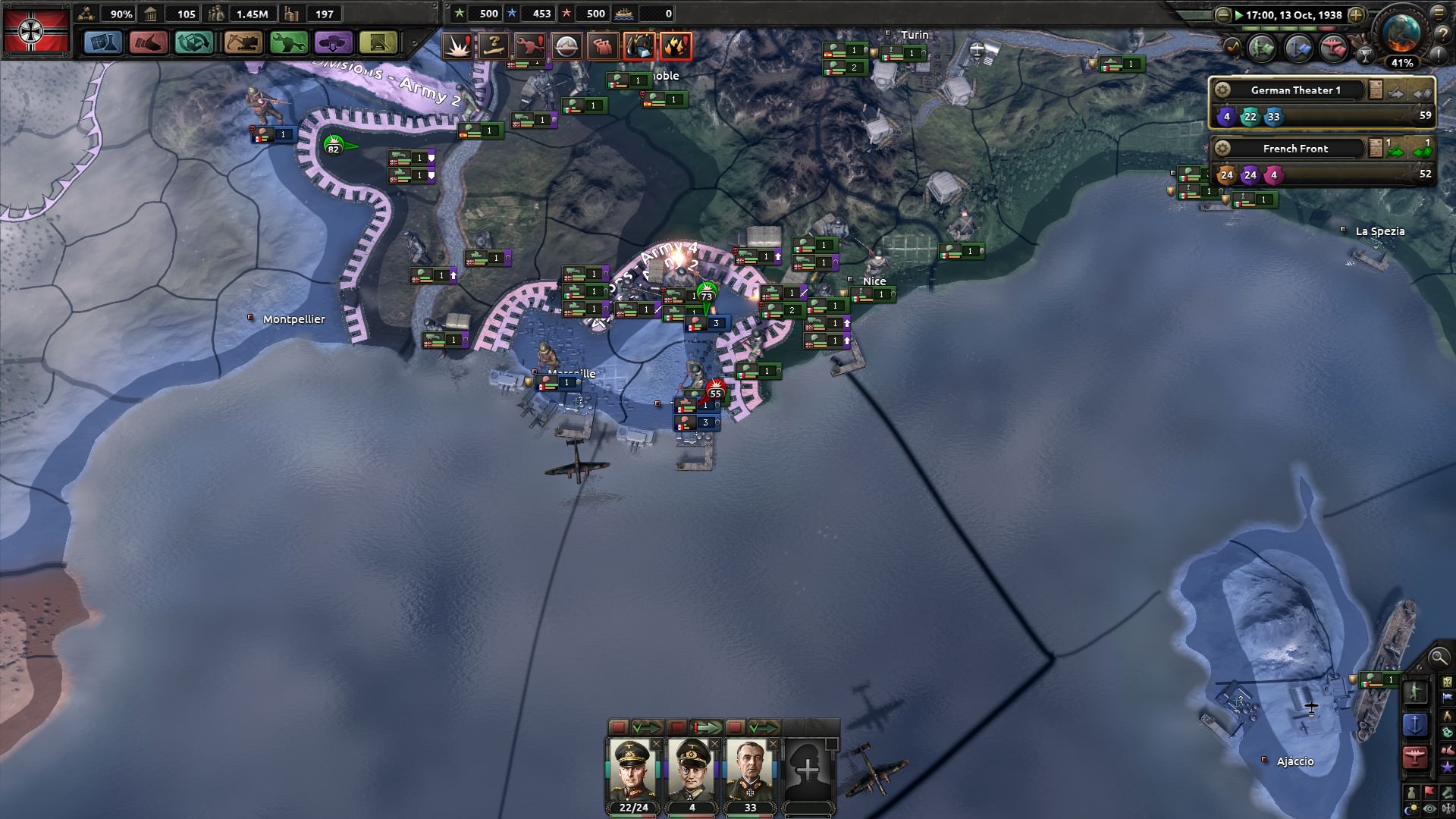