The Real-Time-Strategy darling from the early 2000’s was annouced at Blizzcon to be in in the forges and anvils of Azeroth getting melted down and forged back again as we speak. WarCraft III: Reforged

Blizzcon’s 2018 trailer released yesterday gives us a pretty compreensive rundown of what to expect from this new-ish fantasy re-adventure.

Fully remodeled characters, animations, remastered maps and campaigns make for an impressive visual upgrade from the original, all in glorious 4k resolution. UI improvements and world editor will also make the cut.

Not mentioned in the trailer but on the press release instead is the confirmation that this edition will not only include the base Warcraft III: Reign of Chaos but also its expansion: The Frozen Throne.

The remaster will feature a total of more than 60 campaign missions across 4 different in-game factions: Orcs, Humans, Night elves and Undead. When it comes to the Blizzard stapple in-game cinematics this re-hammering will feature over 4 hours of updated cutscenes and voice overs. 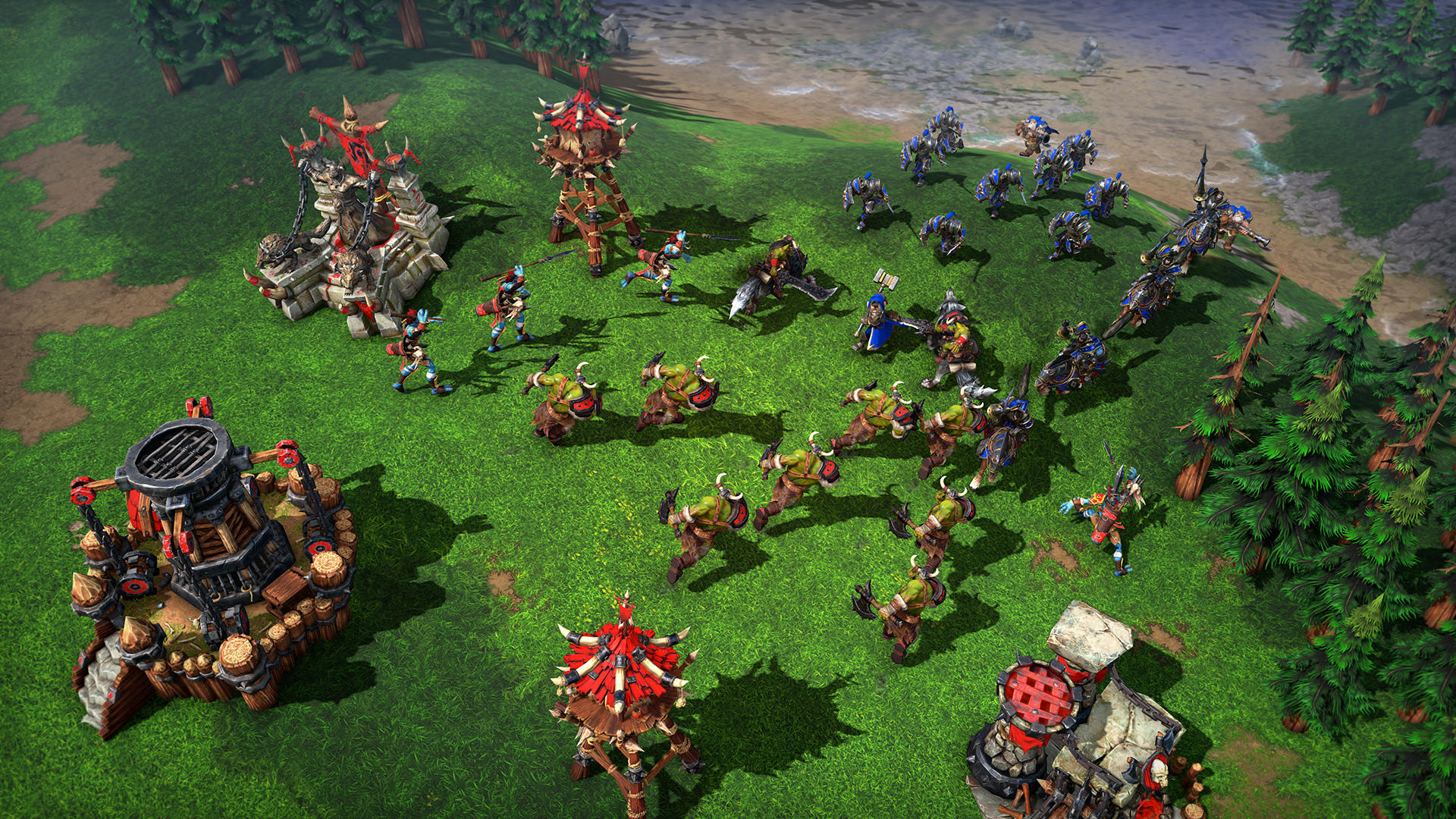 Interesting enough they are putting a great emphasis on community created content, a scene which has been thriving since the original release of 2002. Rest asure that 16 years of map making won’t be going down the drain has all the maps made for the OG Warcraft 3 will be compatible with the new version. One should also mention Blizzard’s effort to equally balance the various game factions, following the StarCraft route, focusing on multiplayer viability and parity.

Warcraft III: Reforged will be released in 2019 for 29,99EUR. Of course corporate money grubbing was inevitable so if you want to be scalped go ahead and pay 39,99EUR for the Spoils of War Edition which comes with 4 unique skins for in-game hero units, a card back for Hearthstone and a “Meat Wagon” for WoW. Lord knows what that is supposed to mean. Remember kids, pre-orders are for suckers.