Since I started playing strategy games I loved artillery units. Be it cannons, trebuchets, howitzers, mortars, SPGs, etc. If it can trow big round things over my head into the enemy chances are I love them.

Watching the little animations, as two or three man teams load the shells and then fired them, the antecipation before impact and the satisfaction of a sucessfully predicted hit make up for a great combination.

I’m a recent dabbler in the wargaming space. I got Flashpoint Campaigns a couple of months back but never really had the time to get into it. Since i’m on vacations I decided to boot up a random scenario. I’m surprised to say that fewer things feel better in gaming than blowing up advancing divisions with a group of self proppeled guns.

In this scenario I am tasked with defending the river beds against the russian attack. The russian forces are divided into three main points of attack, a large force in the north, a somewhat substantial in the south and minimum in the middle. My forces are deployed accordingly, with a strong core so I am able to move them around either north or south, according to how the attack progresses. To ease up this process it was decided that the south be pounded by my three sections of artillery since the russian had to cross small sections of terrain in a line. This way I was able to divert more troops to the center and started to move them to encircle the russian troops in the north.

Here are some of the satisfying results I got. 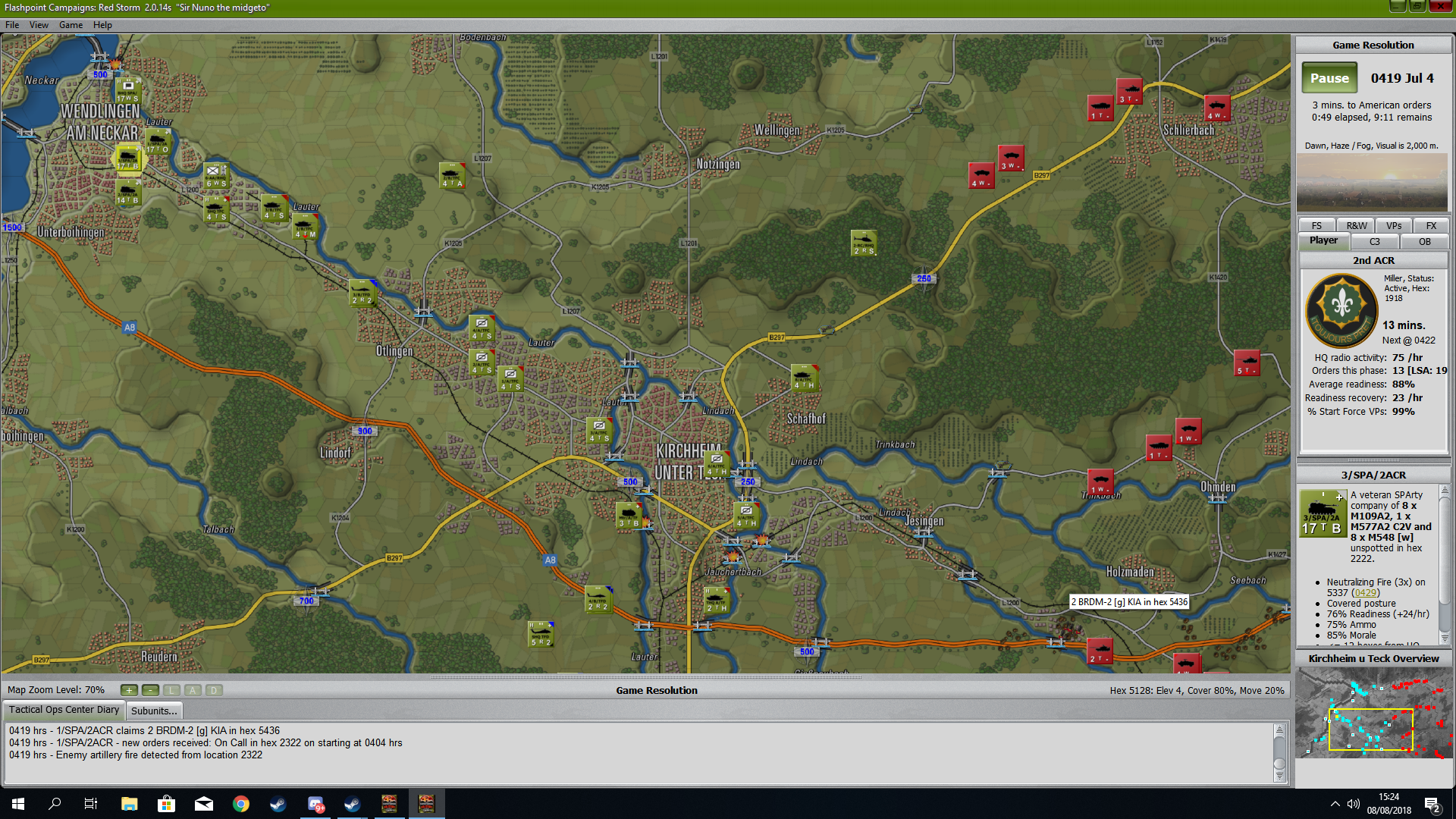 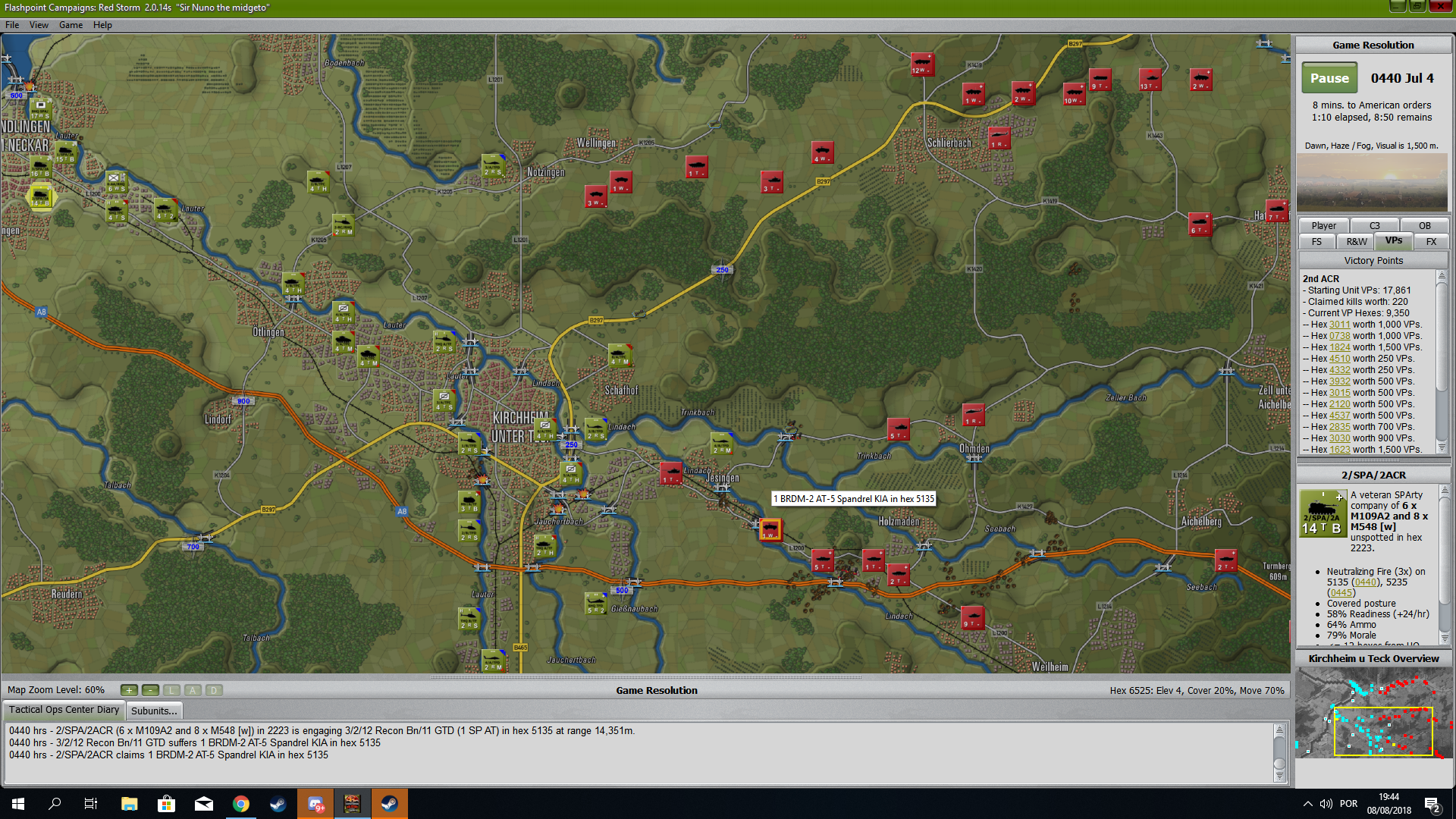 The final result of so much pounding 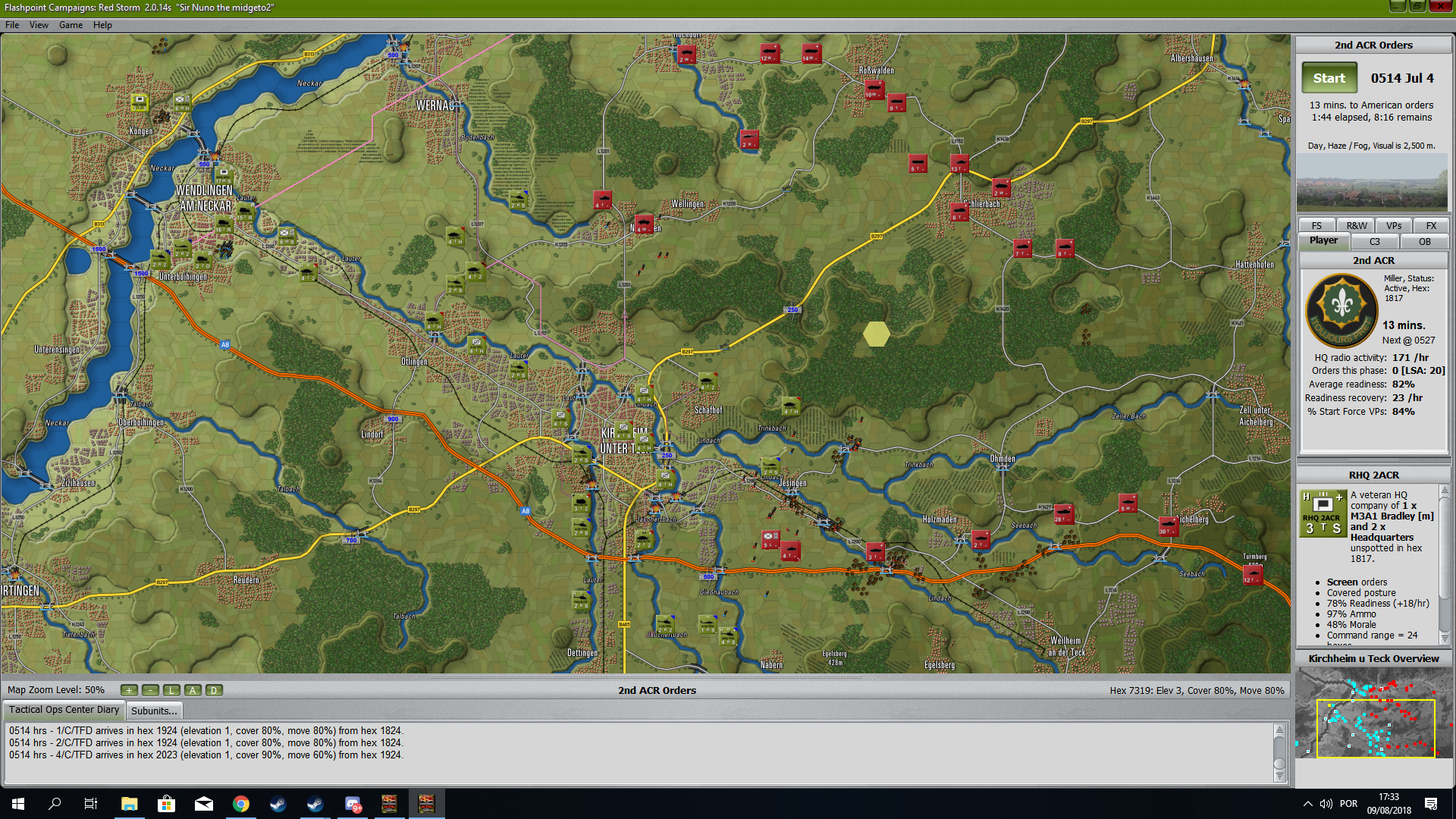 Some artillery fire had to be diverted to the north and this is the result so far. 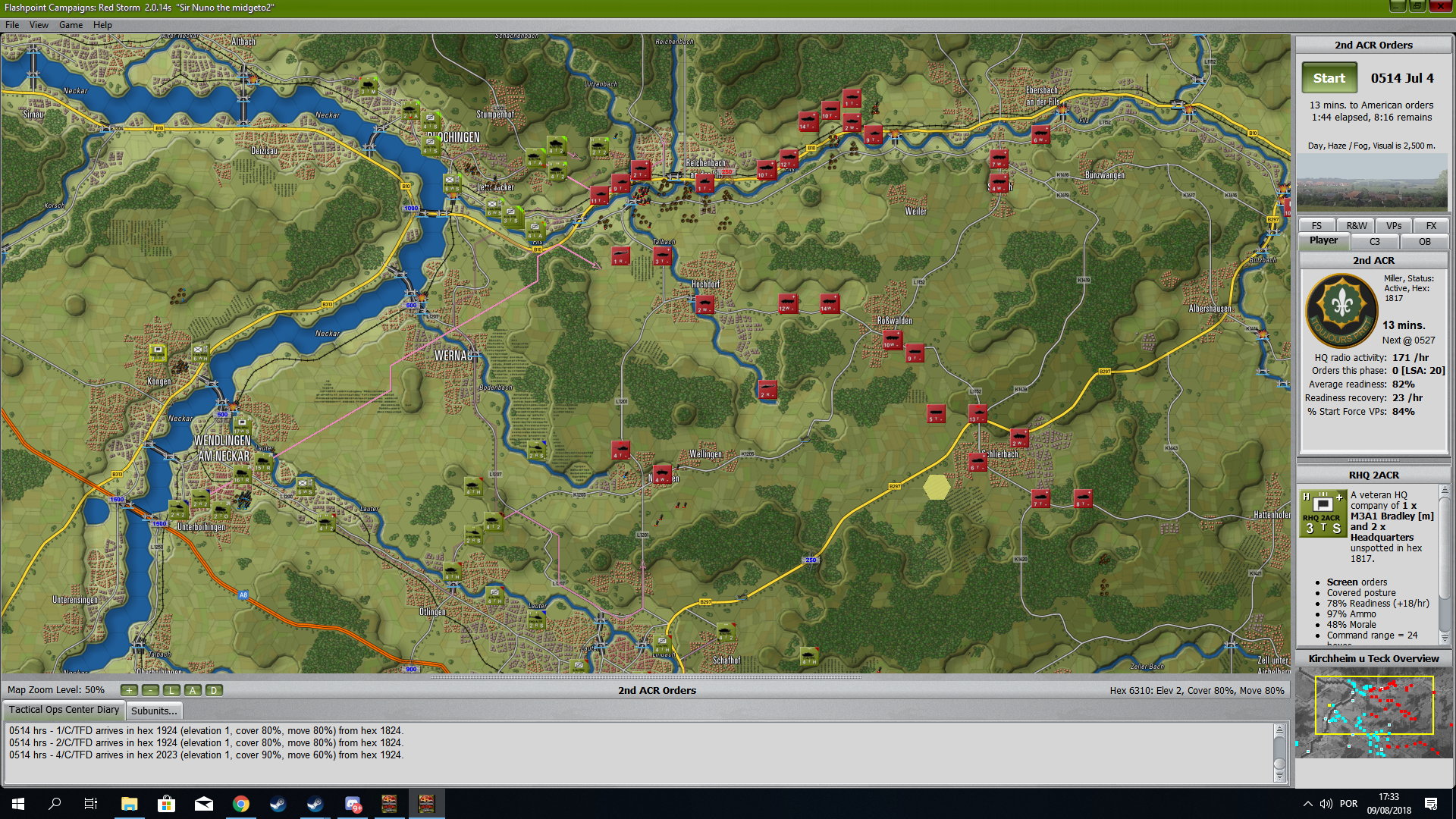 The game is only 17% in, so it will be interesting to see how it all goes down in the end. So far so good. Give those men a medal!