Vacations came around swifly once more and that means it was time to visit a new couple of historical sites. The place? Capital of Portugal, Lisbon- Home to some of europe’s most recognizable buildings, monuments and streets, it’s typical “Age of Sail” architecture became a stapple in art, architecture, popular culture and thus, videogames. This is the case with the Tower of Belém.

What is it, then? Simply put, it is a defensive structure that was erected between 1514 and 1520 together with two other fortifications as a way to protect the entry of the River Tagus, which led directly to the port of Lisbon and the center of the city itself in a time that almost all of europe’s trade entered the continent through Portugal.

It has a number of interesting characteristics that make it unique amongst european and portuguese arquitecture because it manages to combine both medieval and Age of Sail motifs.

Chronologically it stands between the transition of both eras, so it encorporates the typical medieval castle tower while replacing the arrow slits by casemates for mustket fire. At the same time it the mittelalter battlement.

As early adepts of firearms and cannons, the portuguese accounted for the necessity of creating a structure that could counter the destructive power of these iron beasts while managing to unload some of their own into some naughty wannabe pirates. That way, the solution found was to have the medieval-ish tower being met by a multi-face, slopped bulwark that projects itself into the river.

This bulwark shows a basic understanding of fire balistics and in ways the military minds at the time were working around it: While the tower was as square and it could be, the bulwark understood that the best way to stop a fireball is not by thickness but by angle of impact. The river facing side is nearly round, consisting mainly of three facing parts. If a warship was to fire at the structure, unless it struck right in the middle of it’s river facing part it would most likely ricochet on the sides. The side facing walls were completely flat, which could be seen has a weakness, were not for the fact that those were also the most well equipped walls, with 5 cannons in the lower levels and possibly another 5 above. 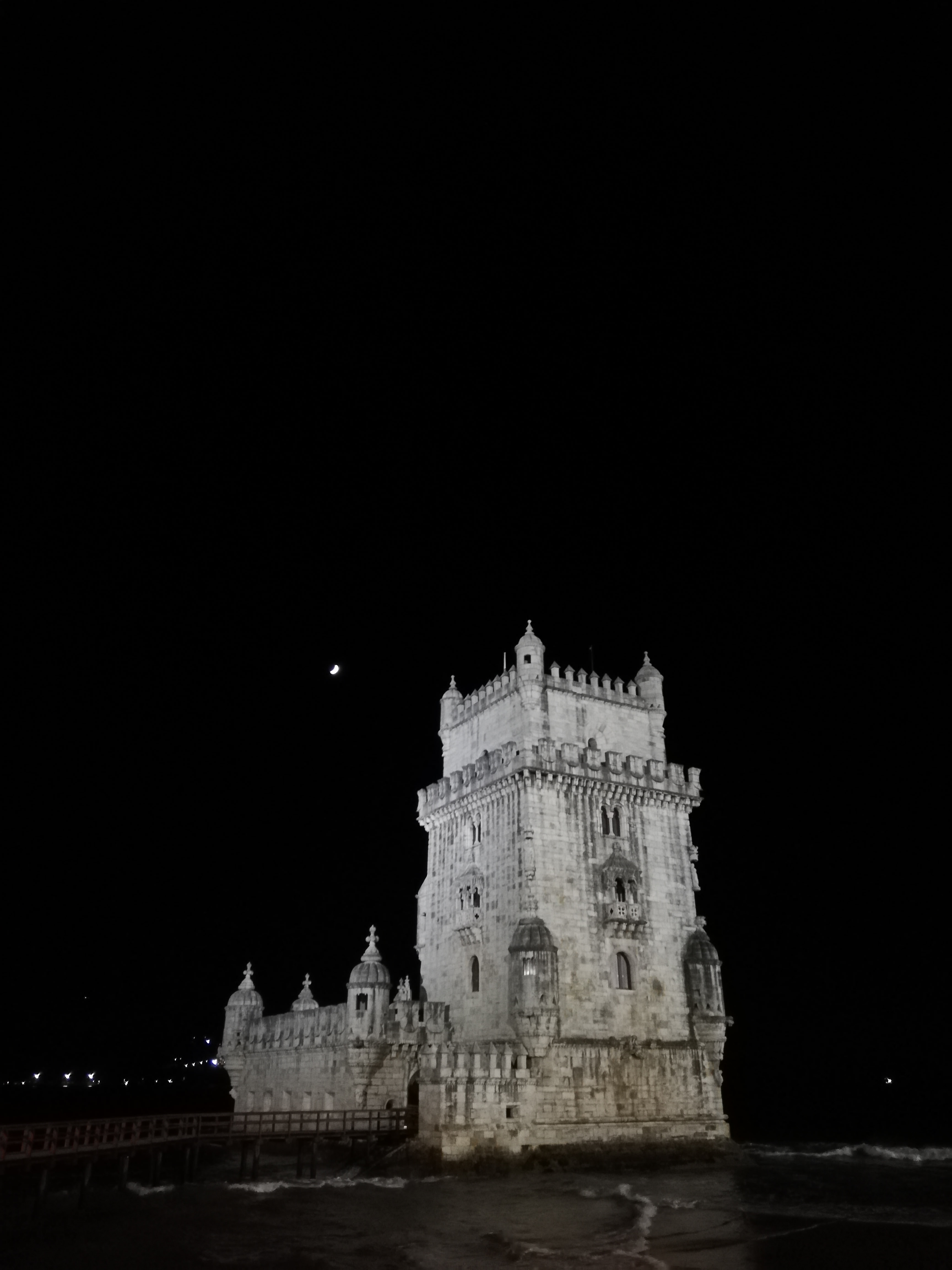 Entries to the Tagus river were met by this pure white sighting that stood as an imovable guardian and as a sign of the countries riches at the time. Extremely well adorned with dozens of motifs, typical of portuguese architecture at the time of D. Manuel reign. A sight to behold to this very day.

Two videogames have decided that this clearly military inclined structure would be a great shipyard for some reason. And yes, I am looking at you two, Age of Empires 2 and Cossacks. Cossacks entirely misses the point by having it point towards the west and by making it really dull and chubby looking. Are those windows?? 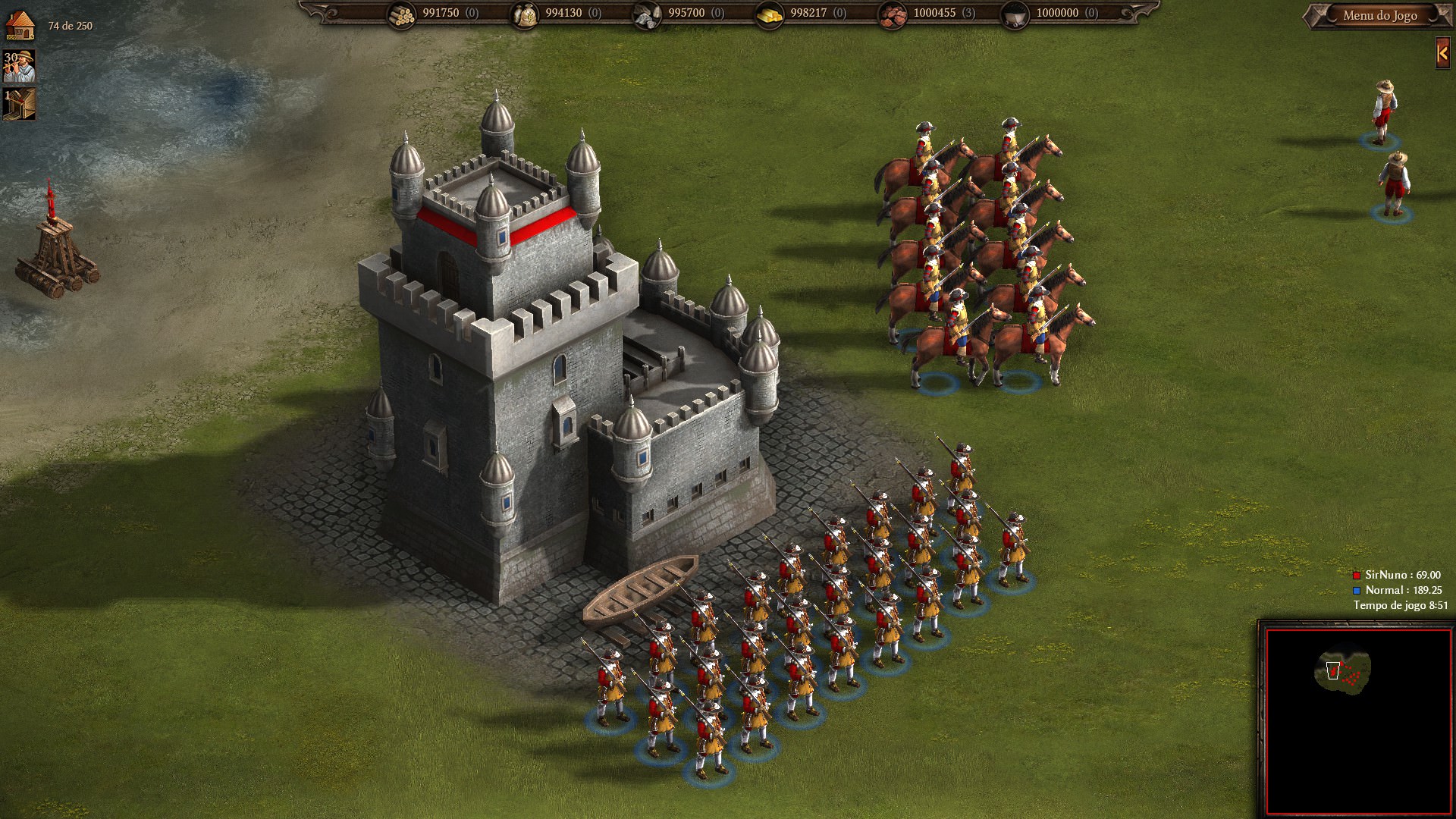 Age of Empires 2 on the other hand presents it facing the correct way and with an unspeakable amount of detail, going as far as replicating even the rolled motifs on the casemates. Too bad it fails to recreated the correc firing positions for cannons, only showing two instead of five. It barely matters, what a great job. Look at that balcony too.

As far as historical records go the Tower never saw military action and soon became obsolete as a military structure due to the rapid advance of tecnhology. Yet it still stands today, as a symbol of times gone-by, where the portuguese sailors and captains ruled the waves and brough new worlds into the old.

If you happen to stroll by Lisbon the Tower can stay a bit too far from the city center but a visit it well worth it the distance and the cheap entry fee.

One thought on “What’s it with videogames and the Tower of Belém?”