If you’re reading this website there’s a small chance you either enjoy History or Videogames. Well, so do I! And do you know who else enjoys mixing themes and genres up? Sniper Elite.

Sniper Elite began as a hidden gem of a game in the Playstation 2, and not a very good one either. It’s trail is even shadier as it went from a semi-realistic stealth game set in Berlim to a Hitler ball-busting meme, it even had an identity crysis and tried to be Call of Duty with snipers and zombies- weird. Now it is trying to be serious again. At least I have almost no complaints about this manly sniperino adventurino, so here’s some stupid reasons why you should play it too.

Badass Slowmotion– It took me 17 hours to finish the game and never once have I skipped a slowmotion joyride of blood, guts and gore as the bullet left my gun and trailed it’s deadly course into both spunk reservoir of enemy soldiers, fascists and nazis alike. Come to think about it maybe that’s why the game too so long to beat.

Soldiers with backgrounds– Did you ever considered that maybe- just maybe- the virtual humans you send to their untimely deaths in your play sessions might have quirks and stories of their own? Probably not, and probably they don’t. Sniper Elite tries it’s best to have some fun with that idea but allowing you to shoot Sebastian Gutheil, a man whose natural gifts allows him the mighy feat of touching his elbows using his tongue. Very useful in a war situation, the technique of enemy bamboozling. 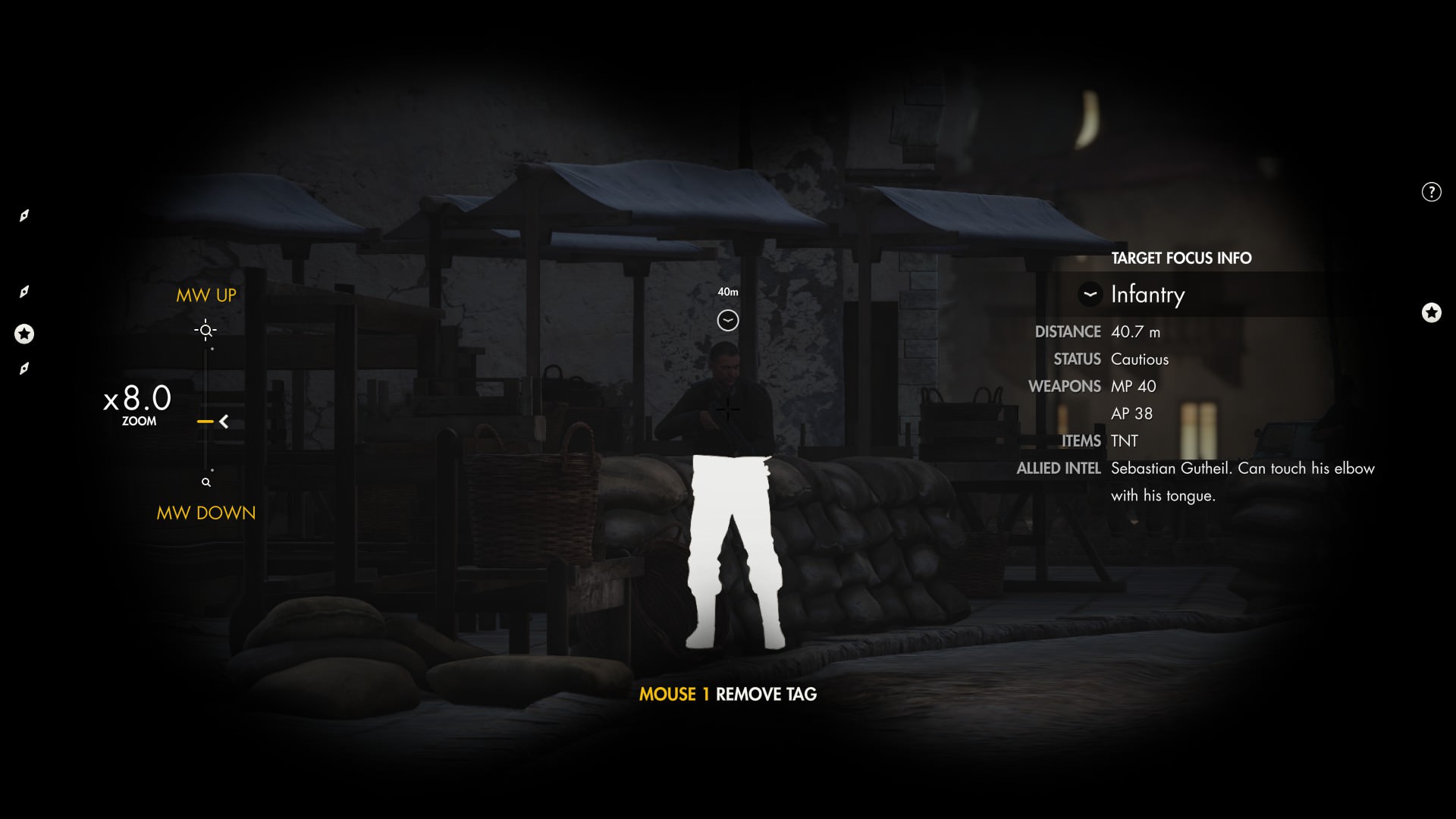 Who can forget Rupprecht Taube? He thinks he’s psychic (not a very good one at that, he never saw it coming). On the other hand Leolpold Bachmeier was conviced he was going to die there, and I made sure he was right one last time. And what kind of a job was the German Wermach doing when they conscripted Kurt Stirner, a man who is, and I quote: “Inexplicably terrified of chickens”. Of course you also have your fair share of cunts such as Thaddaus Berger that killed a US Soldier that was surrendering.

Generic protagonist– When you think World War 2 elite sniper you can only imagine this guy. A voice deeper than the holler, a cutting edge teenage attitude and a jawline sharper than his own knife, this gun totting maniac is able to slaughter his own kin but the thousands, man and father alike, and still being able keep a moral stance on war. What an amazing human being.

Stealth!– How many World War 2 stealth games do you have at the moment?None! So there you go! 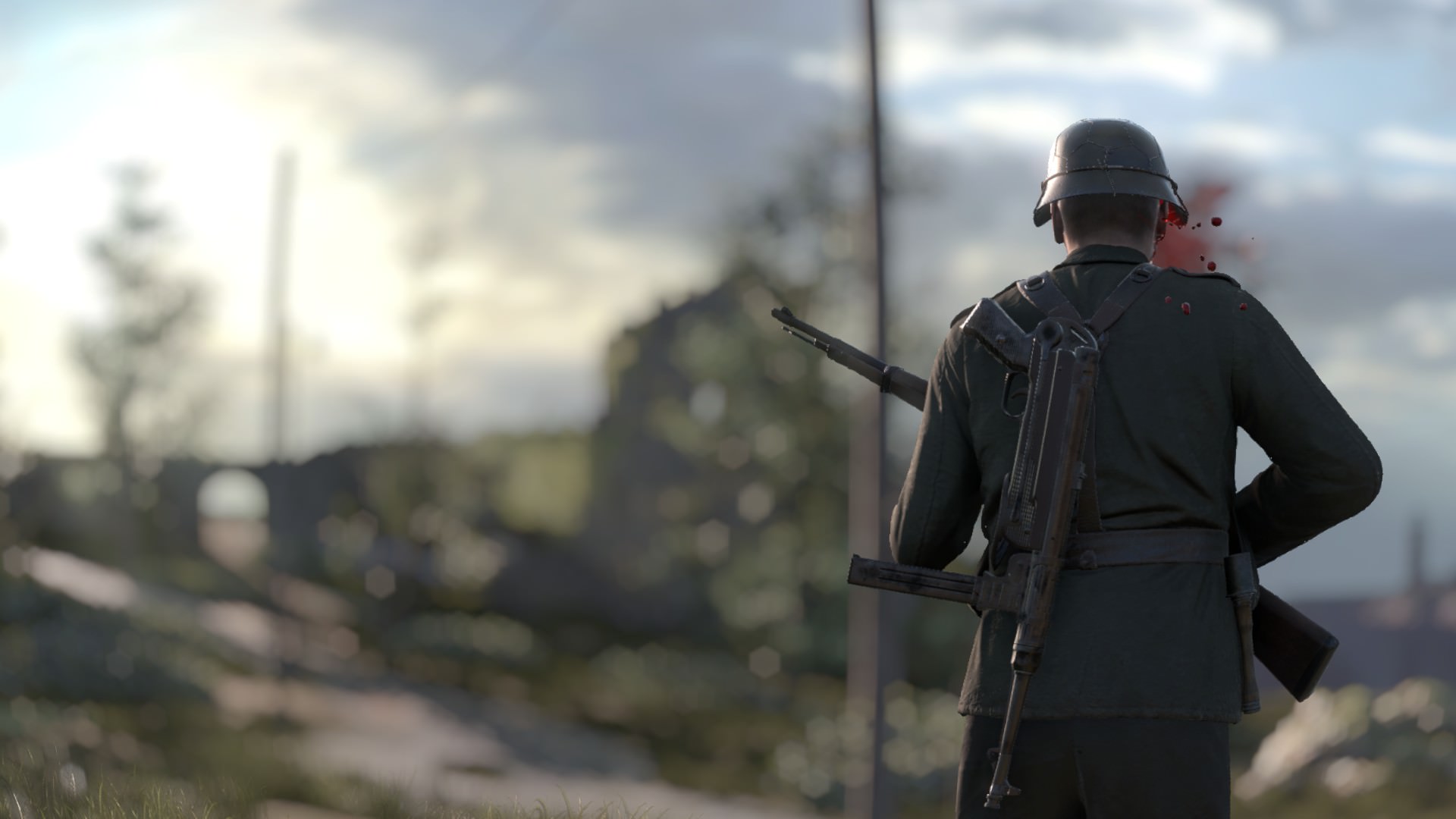